News Back to news and photos

We have been so very lucky this year that Rob Cullen, the 2019 Men’s Golf Captain of Tyrrells Wood Golf Club, nominated the Conservatory Club as beneficiary of charity fundraising during his year in office.   Rob organized fundraising events and encouraged members to donate to the Club.  One event was in September, when the Trust’s Chairman, Glynis Peterkin, and the Senior Club Manager, Pauline Simons, attended the lunch held on the Captain's Golf Day at which around £4,000 was raised from the raffle alone.   In November, the Trust’s Treasurer, John Kester, attended a dinner at the Golf Club where he was presented with a cheque for the total amount raised during Rob's fundraising year - an amazing sum of £16,000: we are all stunned by this amount and the generosity of the Tyrrells Wood members.  We cannot thank Rob enough for nominating the Conservatory Club to be the recipient during his fundraising year. 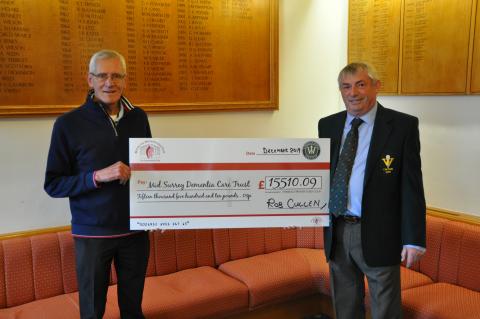 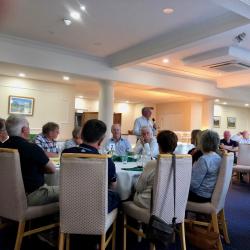 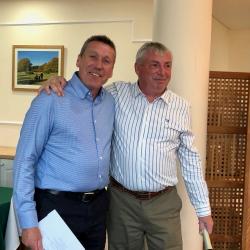